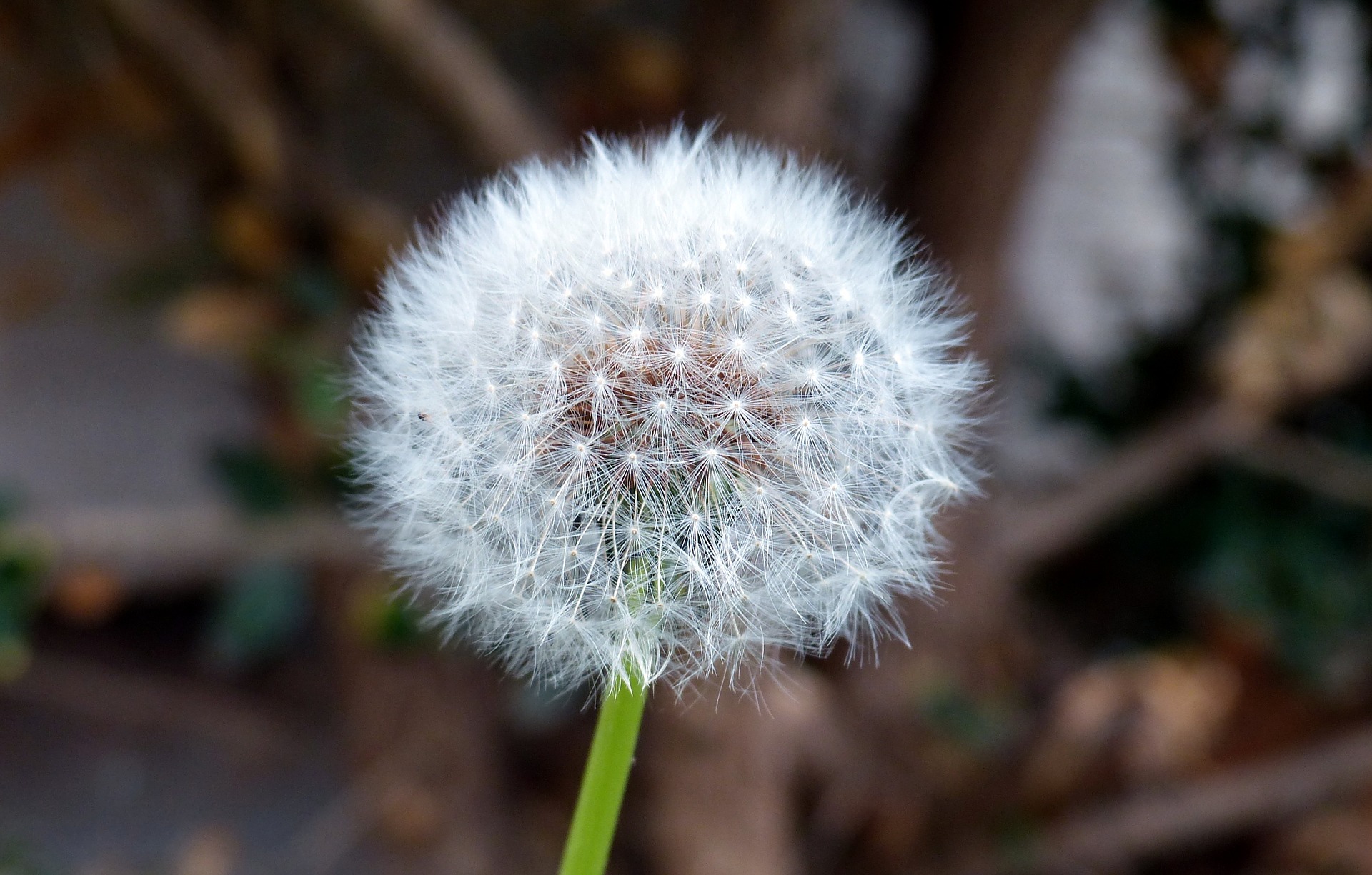 Weeds are particularly difficult for organic farmers to deal with as chemical herbicides are, of course, strictly prohibited. Broadly speaking, there are four approaches for weed control in an organic situation: 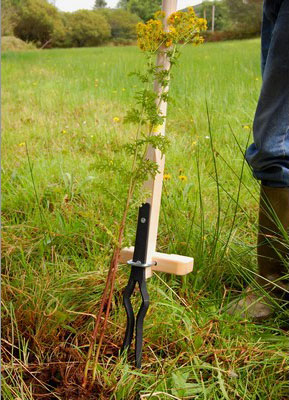 Dock and Ragwort Digger. Excellent for getting out the long tap-root.

This covers any method which physically interrupts any unwanted plant growth. Perhaps the most obvious (and most off-putting) method is the hand pulling of weeds. Physically uprooting weeds and removing them from the soil is an effective, though laborious, way to remove them from your garden. However, many species can re-grow from fragments of their roots that are left behind, so it is important to remove as much of the root system as possible. This can be difficult with well established perennial species. Dock weeds, with their long gnarled taproots are notorious for this. A specialist Dock Digger-  a two pronged digging tool - can be helpful in removing established docks and other tap rooted weeds such as ragwort and dandelions.

It is far better if weeds can be dealt with before reaching that stage. Hoeing is very effective when weeds are just germinating and still small. Hoeing involves using a blade like implement to cultivate the soil usually for the purpose of eradicating weeds. There are various styles of hoe but the principle is the same.
Using a long handled one where possible greatly reduces strain on the body as a perfect upright posture can be maintained.

A kneeling cushion will protect your knees.

The current dry spell makes perfect conditions for hoe weeding. The lighter dry soil creates much less resistance for the hoe blade minimizing the effort required. More importantly, the weeds will dry out (desiccate) and perish on the soil surface. In wet conditions, however, many weeds are capable of a magical resurrection – re-rooting themselves and taking off again!
A disadvantage of mechanical weeding such as hoeing is that new weed seeds are often turned up to the surface where they can readily germinate. This can create a new flush of weeds. Again, if hoeing is regularly carried out this is not too much of a problem.

One method often employed is the use of flame weeding, also known as thermal weed control. Running a flame weeder across the leaves of a plant very quickly heats the plant material enough to destroy the cellular structure and prevent respiration/photosynthesis. This takes just a fraction of a second and the plant will wilt and then die over the following days.

Flame weeding works best when new weeds germinate in early Spring. Small weeds with 2-4 leaves will perish quickly as they have yet to develop food stores in their roots. It follows that flame weeding is not so effective with perennial weeds which will regenerate new shoots from their established root system. This is especially true for scutch grass (Elymus repens) which readily reshoots from its wiry root network.

Plants which have a large roots system – e.g.
grass sods, docks, thistles, nettles may require different treatment. The plant part above the
ground may be destroyed due to the immense heat of the flame weeder. But the roots are strong and can supply enough nutrients to rebuild the plant. Therefore the use of Thermal Weed Control on mature weeds with a well developed root system can only be used in order to
gain some time and interrupt the growth or stop the plant from producing seeds.
Repeated treatments with a flame weeder can result in destroying the plant. However it may be very time and energy consuming. In most cases it is faster and more efficient to mechanically remove the plant.
Advantages – no pollution, no chemical residues, easier and faster than hand weeding. Doesn’t disturb the soil and upturn more weed seeds. 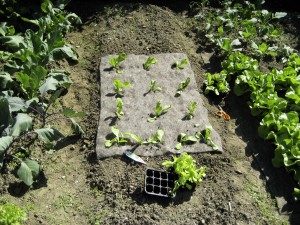 Wool mulch. Will feed the soil as it degrades.

A mulch is layer of covering around plants that prevents the growth of weeds. A layer of mulch prevents light from reaching the weeds and thus prevents them from germinating and it also covers up any bare soil (which is the perfect place for weeds' seeds to land and  germinate) meaning  that most weeds will not even get the chance to come into contact with your soil to germinate!

Many materials are used as mulches, which are used to retain soil moisture, regulate soil temperature, suppress weed growth, and for aesthetics.  They are applied to the soil surface, around trees, paths, flower beds, to prevent soil erosion on slopes, and in production areas for flower and vegetable crops. Mulch layers are normally 5cms or more deep when applied

be permanent - suitable materials here would be rock, gravel, ground cover, weed control fabric.  These have the advantage of not introducing weed seeds into your garden. Ground cover and fabric can also be moved at the end of the year and re-used.

Any bare ground should be covered with green manures as they are fast growing and will out-compete the weeds. Good manures for this would be phacelia and mustard.

You can read an in depth article about Green Manures HERE

This entry was posted in All Articles, Grow-How, Organic Issues, Small & Starter Growers and tagged Organic, Pests, How to.., green manure on 10th May 2017 by Judith. ← Previous Post Next Post →