This entry was posted on 7th June 2017 by Muireann. 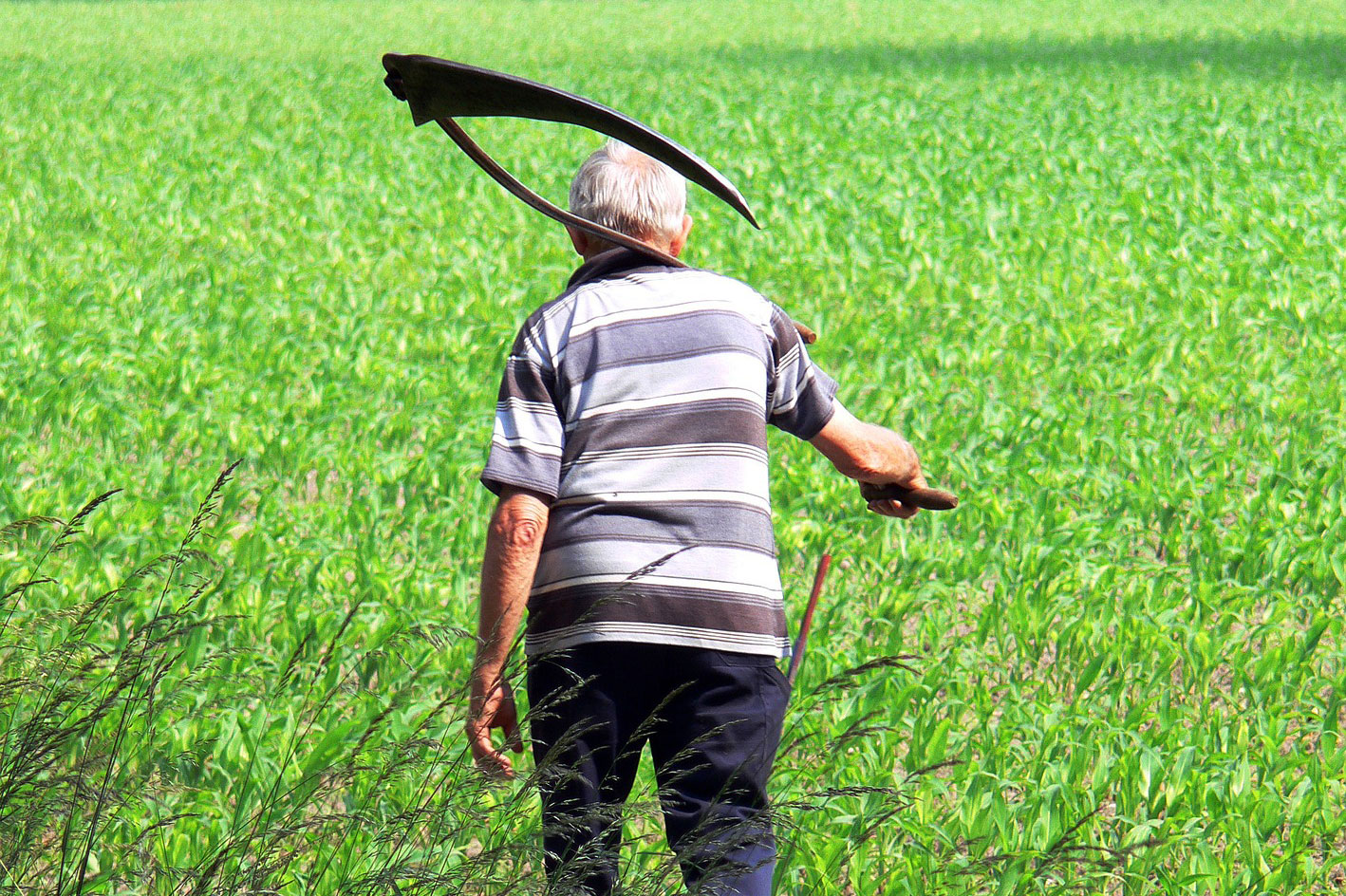 Like many other traditional tools, a scythe can look like a crude instrument when first viewed. However, in the right hands, it can be a very efficient tool giving much return for the energy expended. Indeed, it’s surprising how much area can be cleared or mown in a short time. Rambling through Youtube scything videos you’ll come across a few ‘man versus machine’ style challenges. On the whole, the scythe favours well - albeit with a user in need of a sit down by the end. It competes especially well with strimmers, clearing open ground quicker but struggling when obstacles such as trees are present. Nevertheless, speed is most likely not your prime goal if scything takes your fancy. Other motivators include: the satisfaction gained from acquiring a longstanding craft, the beneficial exercise involved, the lessened dependence on fossil fuels and the transformation of an aural assault from a strimmer to a meditative swishing soundtrack. 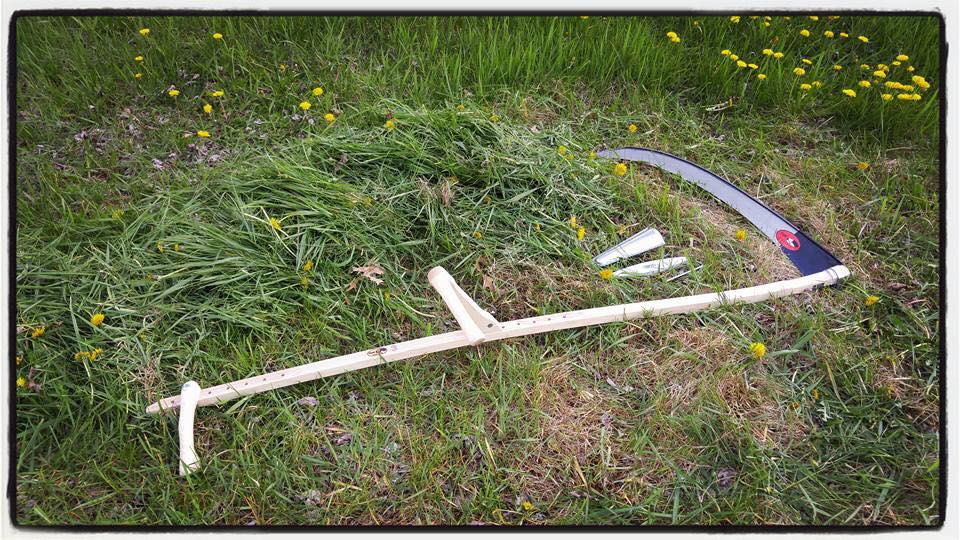 The main shaft of the scythe is called the snath and is around 1.5 meters long. It is traditionally 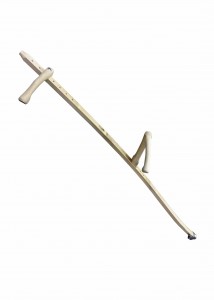 made from wood but sometimes metal these days. Ideally the snath will be curved to allow for a more natural stance when using the tool. There are two handles attached to the snath – one close to the end and one roughly half way down. These should be moveable to allow perfect adjustment to the user’s height. At the business end of the snath is a means, usually some sort of ring clamp, for attaching the curved cutting blade. Again, this should be designed to allow adjustment of the blade so the angle/pitch can be set optimally. As all this mention of adjustment implies, the proper set up of the scythe is crucial to its performance and insuring the proper posture of the user. It is important to consider your height before buying a snath to be sure it will fit nicely.

The next choice to make is which blade is required. Good scythe blades are light, wafer thin and sleekly shaped to insure they are easier to sharpen, cut better and don’t dig into the ground. We use Schröckenfux blades which have been hand-forged in an Austrian factory for over 500 years. Austria has a tradition of scythe making which reaches back to the Middle Ages.
It is important not to get carried away at first as the larger the blade the more skill and maintenance required. If you are working on a relatively flat ground with grass or non-woody species, a good first option is the 60cm mowing blade. These have an elevated tip which helps on bumpy areas. They are more forgiving than longer blades and easier to sharpen yet still have plenty of reach.
If you’re dealing with a rougher area, the more robust 45cm clearing blade is ideal. This is a

thicker more heavy duty blade which is about the same gauge tool as a light billhook. It is capable of cutting most woody plants up to half an inch in diameter, or bigger, depending on the species; but it is not recommended for grass. It’s typically used to work in areas where there are small saplings, brambles or other weeds with woody stems. It’s also good in areas where there are obstacles like tree trumps or fence posts

Getting into the swing

Start slow and first get a feel for the cutting action of the blade. Keep the blade flat on the ground at all times, and slide it forward in an arc in front of you, in the direction that the tip is pointing. Start with short strokes, until you get a feel for the cutting action, (which is more of a shearing action. There's no slashing involved!) You only cut a narrow strip of grass with each stroke. When you have a feel for that, you can start to lengthen your stroke. Eventually you can lengthen your stroke to a full 180 degree arc in front of you to deposit the grass without bringing it back with you on the return stroke (a) make sure the scythe returns taking the same path it used when it went forward; and (b) if necessary, give a tiny little flick at the end of the stroke.

Once the scythe is set up properly the next, and more difficult, maintenance task is to keep the blade in good shape. There are two parts to this: peening and sharpening. Sharpening and honing blades is an art in itself and it’s easy to get intimidated by the technicalities when researching how to do it. It is important to get to grips with sharpening, though, as it is essential to fruitful scything. Heavy use of a blunt blade on tough material could easily damage the snath or bend the blade. Peening involves periodically thinning out the steel of the blade whilst sharpening is the more frequent care of the blades edge. As blades come ready for the field both peened and sharp, the first of these tasks you will come across is sharpening.

Two stones are generally required for sharpening the blade. One is coarse and is used occasionally to maintain and improve the profile of the bevel or to repair minor damages. A fine stone is needed for regularly touching up the blades edge in the field. This should be done roughly every 5-10 minutes of use. It is worth searching some of the many videos on Youtube as it’s much easier to grasp this task visually. Of course, it would be ideal to be shown by somebody who is proficient at the task. Maybe there is an old school farmer in your parish who still has the knack! Here is the gist of it:

After prolonged use you will find that the blade does not cut so well despite your diligent sharpening. This is because Austrian scythe blades are wedge shaped and after a while of cutting and sharpening the thin edge gets eaten away and lost as you move into the thicker part of the blade. Now the blade must be thinned out at the edge so its former sharpness can be regained.

Peening involves hammering out the edge of the scythe to make it thinner. Traditionally, this 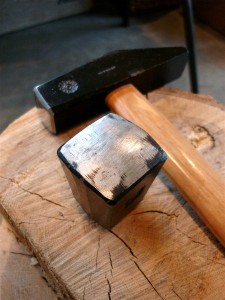 was done with a hammer and a tiny anvil. As metal is malleable it can by drawn out to a thinner finish with careful hammering. The hammering also work-hardens the metal which enhances edge retention. The steps are:

A peening jig is a tool devised to make the art of peening more accessible to the beginner: 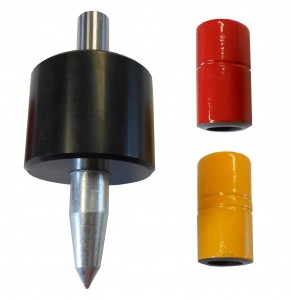 The jig is relatively easy to use and requires less accuracy then freehand peening. It produces good results for most circumstances, and can produce excellent results with practice.

This entry was posted in All Articles, Grow-How, Products, Farming & Commercial Growers and tagged How to.. on 7th June 2017 by Muireann. ← Previous Post Next Post →