This entry was posted on 16th August 2017 by Muireann. 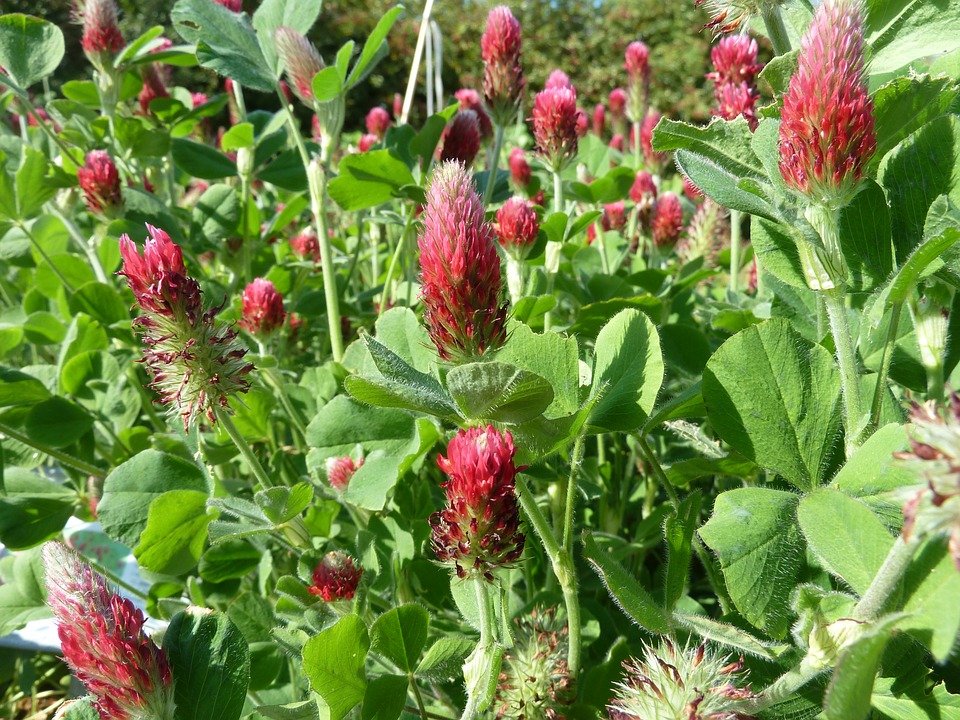 Green manures, also referred to as fertility building crops, are crops used to improve the condition of the soil in some way during times when there would be no other plants in the ground. They are typically dug back into the soil before the following crop to allow it to benefit from the nutrients released. A wide range of plant species can be used as green manures with different ones providing different benefits. To get the best from a green manure crop, its cultivation should be taken as seriously as any other crop and integrated thoughtfully into the crop rotation.

Green manures can be sown at most times of the year depending on the desired effect. The following is a summary of uses but at this time of year it is the latter we are most interested in.

Despite the name, winter green manures must be sown sufficiently early so there is enough development of the root system before colder and shorter days put a check on growth. A well established root system is especially important for holding on to nitrate which, unlike other nutrient ions, is not strongly attracted to soil particles. Sowing from early August is ideal and by the end of September the window has closed to reap the full benefits of a winter green manure.

Legumes (Clovers and Vetches) can produce good amounts of organic matter and some have impressive root structures. They can fix large amounts of Nitrogen from the air into soluble nitrogenous compounds in the soil which are available to plants. Now we know that this amazing example of natural chemistry is based on a symbiotic relationship between leguminous plants and the soil bacterium known as Rhizobium. Fast growing clovers, such as Crimson and Persian clover, are excellent choices as they grow rapidly producing a lot of bulk and nitrogen fixation in a short time. If later planting can't be helped then it is worth including vetch which can be successfully established later than clovers. Vetch is also excellent at covering the soil and out competing weeds.

Grasses and Grains have great root systems, and will improve the soil structure preventing erosion and capping. Although they don't fix nitrogen like legumes, they are excellent at picking up existing nitrogen and holding on to it. Short lived rye grasses such as Westerwolds or Italian rye are excellent choices as they grow rapidly, grabbing any free nitrogen in the soil and prevent loses through leaching. Black oats are also very good and will do wonders for soil structure.

Grass/Legume Mix Growing a mix of a grass species and a nitrogen fixing legume is an ideal and time tested winter green manure strategy. (Check out Landsberger mix, Wild Atlantic Way mix or Westerwolds and Vetch mix). There are a few advantages to this. First, mixes are generally always good

because different species have different root structures, nutrient requirements and optimal temperature ranges. As such they fill different niches and make better use of soil and climate resources. Second, nitrogen fixing plants will work more efficiently at taking nitrogen from the atmosphere if nitrogen is more scarce in the soil - such as when in competition for it with another plant. Finally, when incorporated the release of nitrogen back to the soil will be buffered as the legume releases nitrogen fast in comparison to the slower release from decomposing grasses. This spreads out the availability of nitrogen for the following crop.

Brassicas like Mustard and Fodder Radish produce lots of vegetative material and will help keep deeper layers open with their taproots. Otherwise they do not improve the soil structure much, but they will help increase the soil life. These can be some of the cheapest green manures to grow and especially useful if trying to keep costs down in a large area where nitrogen fixation is not a goal. However, care must be taken with the consideration of other Brassica crops in the rotation.

Phacelia grows rapidly and is often used earlier in the summer to fill any gaps where crops were harvested. It's usually allowed to flower, as its blossoms are

renowned for attracting beneficial insects such as bees, wasps and hover flies. It is tolerant of cold temperatures and may over-winter if it's not too cold. Phacelia also has the advantage of being unrelated to any of the main vegetable crops making it neutral in the rotation.

Once established, there is not much to do with your winter manure. However, if you are well organised and have the seeds in early you will be surprised how much mass will be produced before the winter. This is often considered a crop in itself and can be grazed or made into silage on a larger scale. In the garden, it can be cut and used as mulch, chicken feed or added to the compost heap. It can also be left in situ to add to the fertility of the site where the green manure is growing. Cutting delays the green manure from going to seed which keeps lush vegetative growth happening. Without cutting, or 'topping', your green manure can become woody and more difficult to incorporate when spring comes around. Cutting is also important in preventing a weed infestation in your green manure - Cutting about 15-20cm from the ground can prevent fast growing ephemeral or annual weeds that are present from setting seed. Cutting at this height leaves plenty of growing points on the green manure for it to take off again. Unfortunately, you might be left with the difficult decision of whether to prevent your green manure from flowering by cutting to  minimise weed problems or enjoy it in bloom and deal with the consequences later.

This should be done four weeks before you need the soil or before the Green Manure plants becomes woody, whichever comes sooner. You can -

Some green manures such as grazing rye and certain clovers produce and 'allelopathic' effect when incorporated back into the soil. This means the chemistry of the plants breaking down inhibits the germination of seeds in the soil. This can be useful as a way of controlling weeds the following year. However, you must be careful if you are planning on direct sowing a crop after. It is best then to incorporate the green manure 4-6 weeks before sowing to insure this effect has worn off.