This entry was posted on 15th November 2017 by Muireann. 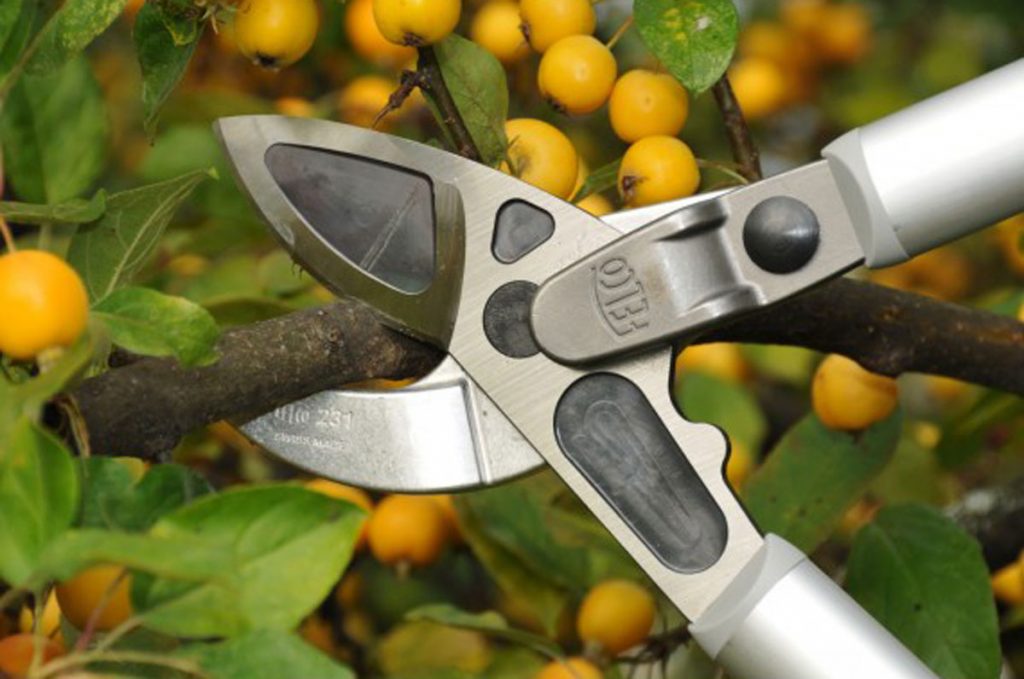 The country’s trees have taking quiet a bashing this year and many of us are still clearing up damaged and felled trees. We can make the best of it by stocking up the woodshed and plan some winter pruning while we’re at it. With some exceptions, most trees are pruned in winter anyways. This is largely because deciduous plants go dormant in the winter and so less stress is received by the plant. There are other reasons for winter pruning. All the energy of the plant has been drawn in to its roots in the winter. This means the plant will have a large reservoir of stored food coming into the growing season considering you have removed some of its upper mass. Also, with all the foliage gone, it’s far easier to see the shape and branch structure that you’re working with.

Be careful not to prune important plants such as fruit trees too early however – if the plant has not gone dormant then new growth will be stimulated leaving the plant weakened through the winter. This can mean waiting until after January considering the mild winters we’ve been having lately. Leaving pruning later, till early spring, also has the advantage of minimising the amount of time the wounds are exposed before new growth begins.

Pruning is a much more important activity for fruit trees. Reasons more specific to fruit trees and bushes include: 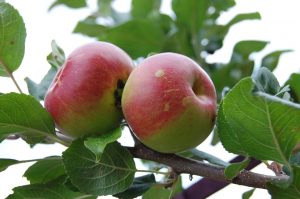 It is also important to remove pruned fruit tree material away from the site, especially if showing signs of disease, as the material may serve to carry the disease organism over to re-infect healthy new growth.

How Pruning Shapes a Tree or Plant

In simple terms, pruning works by playing with a process known as apical dominance. This is the tendency for the shoot or branch to grow predominantly from its tip. The bud at the tip, known as the apical bud, grows actively and lengthens the stem. It also produces additional secondary buds to the side of the stem which are left in its wake as it grows away. Leaves appear at these secondary lateral buds but the buds themselves often remain dormant. This dormancy is controlled by the hormones which the apical bud is producing as it grows. They flow back down the stem and inhibit the side buds from developing. The strength of apical dominance will vary between different species of plants.

When we decapitate the stem by pruning, and remove the apical bud, the hormones are also removed and the side buds closest to the cut wake up and begin to grow. This is why pruning a plant makes it get bushier and fill out, which is useful for creating hedging and windbreaks.

As the hormone (auxin) flows downwards with the pull of gravity, the angle of the shoot or limb will have a big influence on how it moves in and affects shoot growth. For example, an upright stem will lead to the strongest apical dominance compared to a stem at 45? which will have a more balanced growth habit with the lateral shoots growing at a similar rate to the apical growth. With a horizontal limb the effect of apical dominance is lost completely and vigorous upright shoots will take off from the top side. These are known as ‘water shoots’ and often a problem in fruit trees where the branches are kept horizontal to improve fruit production and access.

Apical dominance is probably the most fundamental and important principle to grasp when beginning pruning. However, there are of course a lot more factors which determine how a plant will react to pruning. For instance, the ratio of root to shoot mass after pruning and the particular growth habit or disease susceptibility of the species in question will have a big impact. These then have to be considered with the shape you are trying to achieve.

All these factors can amount to make pruning seem a bit daunting. Like all skills, there is no substitute for some hands on experience to get a grasp of the principles and gain some confidence. Practical pruning courses and demonstration are offered around the country and are well worthwhile so you can see real examples of the principles as you learn. Irish Seed Savers, who have been preserving Irish heritage fruit trees for years offer excellent courses and the The Organic Centre in Leitrim is another good place to start.

Which tool to use for pruning depends on the diameter of the wood to be cut. Pruning tools range upwards in size from snips, hand pruners (secateurs), loppers and saws.

This entry was posted in All Articles, Grow-How, Small & Starter Growers and tagged How to.. on 15th November 2017 by Muireann. ← Previous Post Next Post →