This entry was posted on 5th December 2018 by Judith. 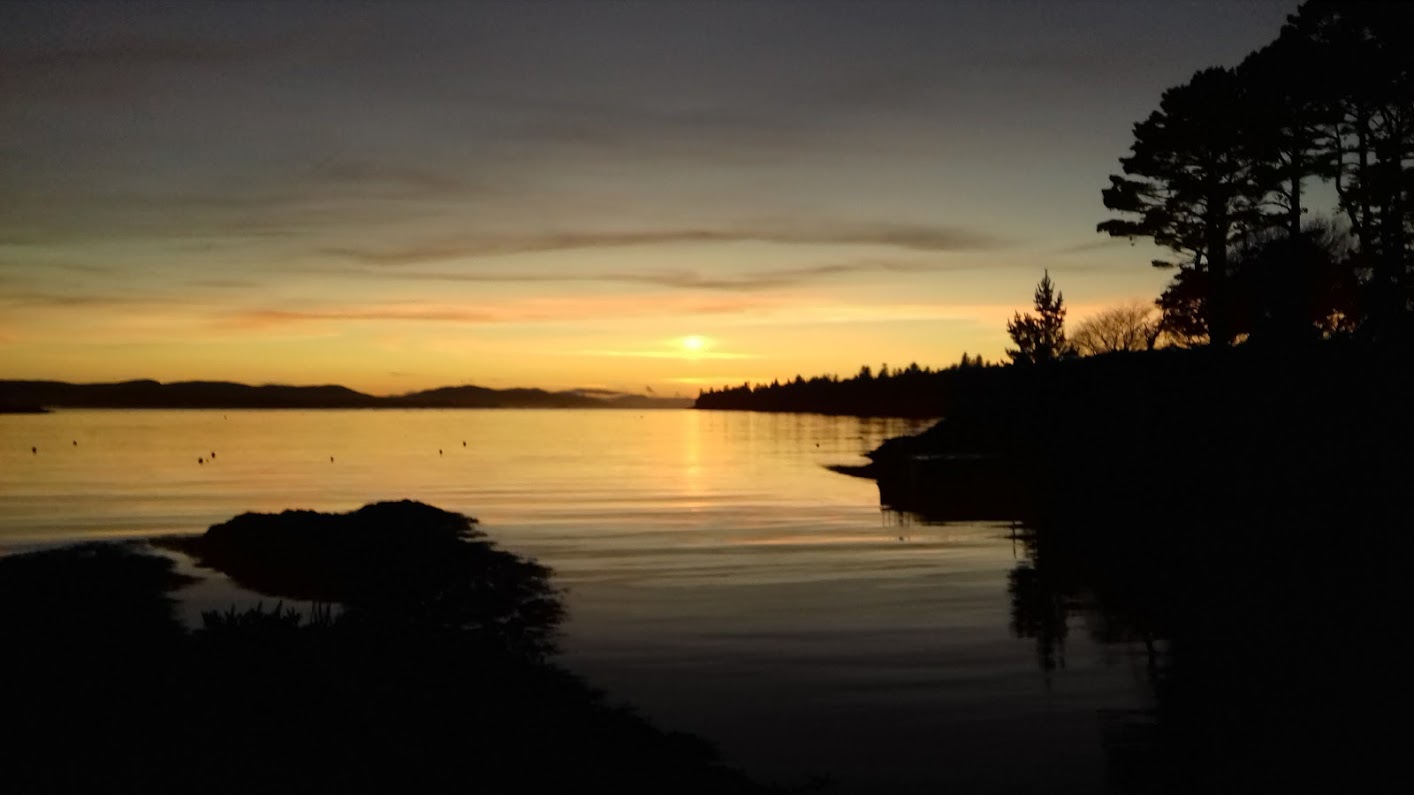 Bantry Bay at sunset on the shortest day 2017.

The Winter Solstice on the 21st December is the shortest day of the year- the earth’s axis is tilted farthest from the sun and, therefore, is also the longest night. In terms of daylight, the day is 8 hours, 22 minutes shorter than on the Summer Solstice.  Here in Bantry the sun will rise at 8.41am and set at 16.29pm – 7 hrs and 40 minutes of daylight.

Measuring the time of year is not just important for plants to be able to schedule flowering, but also so they know when to produce storage organs (such as tubers) and when to begin dormancy. Temperature is not a reliable indicator of the time of year because it fluctuates too much (and no two years are alike).  The plant relies on day length (more accurately the duration of darkness) as a more reliable indicator of time of year.

No matter its sensitivity to day length and darkness a plant will not experience growth with fewer than 10 hours of daylight so winter greenhouse production requires supplemental lighting, as well as supplemental heat. Lights can be turned on shortly before sunset to extend the length of the day.

The short days of winter have long nights. If a grower breaks up those long nights by turning on lights in the middle of the night, some plants will act as though the night is short (and, therefore, the day is long), and behave just as they would in the middle of summer. Many bedding plant and cut-flower greenhouse producers use night-interruption lighting to force flowers to bloom in winter.

The response of plants to the relative length of day and night is called photoperiodism.

For our Celtic ancestors winter was a very tough time, as darkness presented more danger as well as cold due to lack of sunlight. To help survive winter and celebrate (and hope for) the returning sun, the Celts had the Festival of Yule – which became Christmas.

The word Yule possibly came from the Norse word Iul or Jul meaning ‘wheel’ and suggests that this was the time when the year or wheel of life had completed its circle. By the time the festival came around, the countryside was firmly in the grip of winter; the sun was low in the sky, trees were bare and leafless and the ground was cold and iron-hard. The early Celts worried that their gods were dying and that darkness would remain forever. It was important that heat and vitality were returned both to the sky and the ground.

Customs associated with the Festival of Yule

Evergreens represent everlasting life and were traditionally hung around doorways and windows. Each piece of evergreen was deeply symbolic. 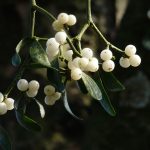 Mistletoe – This evergreen was seen as living between the worlds, between sky and earth. The white berries of mistletoe represent the fertile white semen of the life-giving male - which is where kissing under the mistletoe comes from.

Holly  - An evergreen of protection, holly's spiky bristles are believed to repel unwanted spirits.  Holly was sacred to Holle, the goddess of death and regeneration, and symbolizes everlasting life, goodwill and potent life energy. Its red berries represent feminine blood. Together, mistletoe and holly represent the re-birth of the Sun/Son.

Ivy - Evergreen symbol of immortality and resurrection, growing in a spiral reminding the Celts of reincarnation and rebirth.

Yew -  tree of regeneration and rebirth.  The yew sends up new trees from its roots and lives to a very great age. Often used as the central 'world tree' in ritual spaces and  often planted in graveyards. ( It is very poisonous so take care when handling it)

The Wreath - It was traditional to make wreaths from evergreen - the wheel of life as evergreen. These were hung on doors or laid horizontally and decorated with candles - later becoming the Christian Advent Wreath.

The giving of gifts, the gathering of family and the lighting of candles are all associated with the Festival of Yule - and Christmas.  Whatever you believe, enjoy the festive season and celebrate love, light and life.

This entry was posted in All Articles, Seasonal on 5th December 2018 by Judith. ← Previous Post Next Post →