All About Turnips and Swedes

This entry was posted on 15th November 2017 by Muireann. 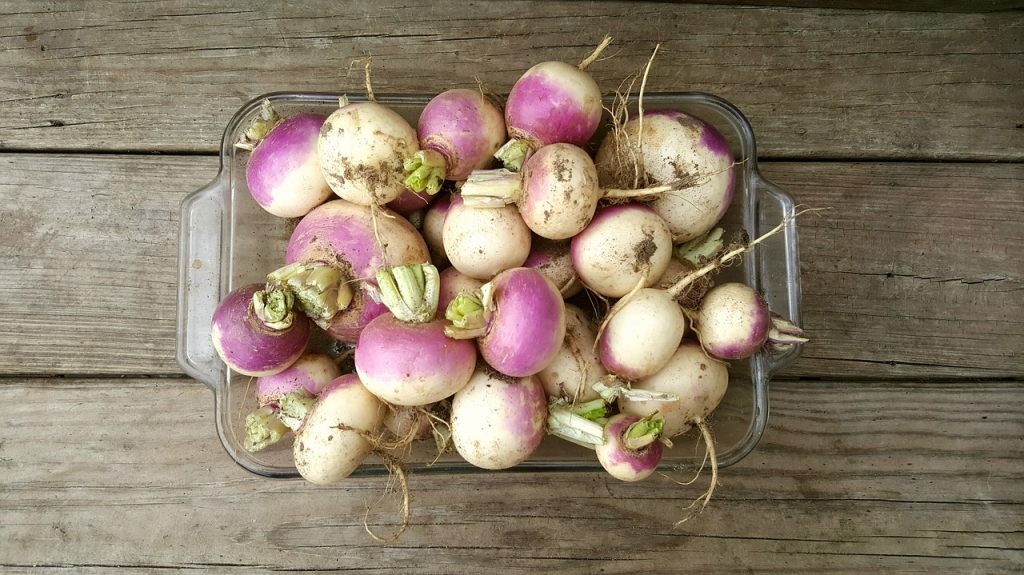 The History of the Turnip & Swede

Turnips are a cruciferous vegetable (member of the mustard family). Turnips thrive in cool climates. The turnip that we know is thought to have descended from the Wild Turnip which is native to Central Asia, the Mediterranean and the Near East. The turnip was a well-established crop in Roman times.

Fast forward to Viscount Charles Townshend of Raynham - Turnip Townsend -
No, this man did not have a turnip shaped head! He was often known as Turnip Townshend because of his strong interest in farming turnips. He promoted the Norfolk four-course system, involving rotation of turnips, barley, clover, and wheat crops – a crucial part of the British Agricultural Revolution of the early 17th century. He was an enthusiastic advocate of growing turnips as a field crop for livestock. As a result of his promotion of turnip-growing farm yields increased and more cattle were overwintered. Unfortunately, he became known as turnip Townsend.

Swedes are often confused with the turnip although they look very different. Unfortunately they are not the most glamorous of garden offerings. They are also a cruciferous vegetable. Unlike turnips - which have a long history - the swede is a newcomer on the veg scene. Swiss botanist Casper Bauhin crossed a cabbage with a turnip and produced a swede in 1620. This is why swede is sometimes known as yellow turnip. Swede is also known as , derived from the Swedish rotabagge meaning short stumpy root. Other names include Swedish turnip, Russian turnip and in Scotland neeps.

Swedes are much less popular than the turnip across Europe with many countries using the only for animal feed. However, due to their ability to thrive in colder climates they are popular in Scandinavia, particularly Sweden (hence the name swede).

Turnips can either be pure white globe or white with a purple top. The purple top comes about from the top of the vegetable being out of the soil and exposed to the sun. The taste of the turnip is sweet and slightly peppery.

The Turnip has broad light green leaves, known as Turnip Tops. They taste 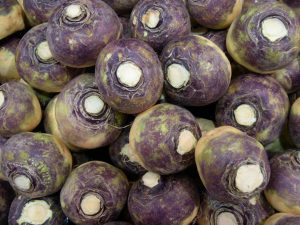 similar to mustard greens with a less spicy flavour. The tops contain more vitamins and minerals than the actual turnip bulb. Turnip tops have a similar nutritional profile to kale, in fact they are one of the highest vitamin A sources in the plant kingdom. The turnip's root is high in vitamin C. The green leaves of the turnip top ("turnip greens") are a good source of vitamin A, folate, vitamin C, vitamin K and calcium. Turnip greens are also high in lutein.

Swede contain a diverse range of nutrients including high levels of manganese, potassium, phosphorous, magnesium, calcium, iron, and zinc, as well as vitamins like vitamin C, E, K, and members of the B-family.

TURNIPS
Turnips grow best in cool, moisture-retentive soils and should be kept well watered before the onset of dry weather to stop them running to seed. Sow early varieties little and often for a constant harvest from spring until autumn. They mature in 6-10 weeks so may also be used as a catch crop or intercropped. Sow in fertile, well prepared soil - row distance 20-30 cm and 5-15 cm between plants after thinning.

SWEDES
Swedes are a hardy cool-season crop and grow best on light, fertile soils with low nitrogen levels. Sow from May - row distance 45 cm and 20 cm between plants after thinning.

Harvest –
Lift roots from September to November once large enough to use, or leave in the ground until Christmas. Cover with straw or bracken before the onset of cold weather. Taste will change after a frost.

Problems with Turnips and Swede 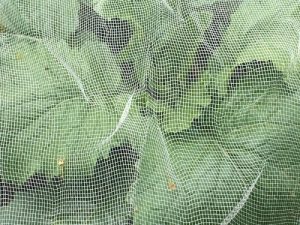 Flea Beetle - The adults feed on the leaves and the larvae on the roots. These small beetles are 2-3mm in length, with the enlarged hind-legs that enable them to leap off plants when disturbed. You will notice holes in the upper leaf surface; often these do not go all the way through the leaf. The damaged areas dry up and turn pale brown. Seedling plants are particularly susceptible to damage by the adult beetles and the growth of older plants can be checked if infestations are heavy. You can avoid flea beetle by ensuring rapid germination and development of seedlings so that they grow through this vulnerable stage quickly. Keep radishes watered during dry spells and avoid sowing into cold soil.  Covering seedling plants with insect proof netting will reduce damage by excluding the adult beetles.

Cabbage Root Fly - Adult cabbage root flies resemble house flies. The larvae are white, legless and headless maggots about 5cm long that feed on brassica roots just below the soil surface, stunting growth and causing plants to wilt and die. Swede and turnips can be ruined when white maggots, up to 9mm long, tunnel into the edible parts of the roots. Covering plants with insect proof netting will reduce damage by excluding the adult flies.

Boron Deficiency - brassicas, in particular cauliflower, swede and turnip are susceptible to boron deficiency. When boron is deficient cell division is compromised. Cell walls do not mature properly and this leads to brown discolouration inside the swede or turnip. This is known as brown heart. Boron deficiency can be corrected by applying liquid boron in the spring. Application of boron after observing symptoms is usually too late to control the problem in the affected crop.

This entry was posted in All Articles, Home & Healthy Living, Seasonal and tagged Growing, Eating, Turnips on 15th November 2017 by Muireann. ← Previous Post Next Post →